The Power of Gods Word

Motivated4LIFE was founded on the words of Jesus penned in John 10:10, “The thief comes to steal kill and destroy.  I came that you may have and enjoy life, and have it in abundance (to the full, till it overflows.)”   Our vision for this business is to develop anointed products that encourage and motivate the abundant life available in Christ Jesus.  For a few years, we had this vision, but no products. Then an unexpected life-changing experience occurred, and our first product, the prayer cloth, was birthed.  The following is how God birthed this product.

In 2006, my husband and I were pregnant with our third child.  I had enjoyed a healthy pregnancy.  During the seventh month, I suffered with pregnancy induced carpel tunnel syndrome and pre-clampsia (high blood pressure). Doctors monitored my health closely.  I had gained thirty pounds in two weeks.

One sleepless night, as I watched Christian television, I was introduced to the miracle-working power of the Apostle Paul through the means of prayer cloths in Acts 19:11-12.  “And God did unusual and extraordinary miracles by the hands of Paul, so that handkerchiefs or towels or aprons which had touched his skin were carried away and put upon the sick, and their diseases left them and the evil spirits came out of them.”  I knew I needed to connect with the healing power of God through a prayer cloth offered through this ministry.  However, I was never able to request a prayer cloth due to premature labor the next day.  I was at the end of my 7th month of pregnancy.

Mark, my husband, rushed me to the hospital.  I was given an epidural, which took thirty minutes to administer.  As my labor progressed I began to bleed heavily, the doctor told us that it was imperative that the baby be delivered quickly.  He said that at this point we were facing a serious medical emergency.

The baby’s heart rate had dropped dangerously low.  They told me to push.  As soon as I did there was a large amount of blood and the medical team realized that the placenta had separated in utero.  The baby no longer had an oxygen supply.  There was no way of knowing exactly when the placenta had separated, when the heart rate had dropped, or how long the baby had been without sufficient oxygen.

Sophia Joy was born at 4lbs. 10 oz. with an apgar of 1 (faint, slow heartbeat).  She was a bluish gray color and I heard no cry.  She was not breathing at all.  Her body was limp and lifeless.  The medical team began CPR and the NICU (Neonatal Intensive Care Unit) team arrived in moments to assume Sophia’s care.

At 8 minutes her color began to change, her heart rate increased, but she still made no attempt to breathe on her own or respond to stimulation.   At 9 minutes Sophia was giving occasional weak cries but continued to have serious respiratory trouble.  She was intubated and put on a ventilator.  By 12 minutes her skin color was improving.  The bluish gray color was slowly being replaced by pink.

In the NICU they discovered a hole in her right lung caused by intubation.  A tube was then inserted into her chest to release the excess air around her lung.  The next seven hours Sophia spent fighting for her life.  Sophia’s condition was listed as critical and unstable.  Her brain activity was restricted and she was completely dependent on life support.

Over a period of hours we were finally allowed to see her.  As we stood over our little four and a half pound baby resting in the middle of monitors, wires, and tubes, the supernatural faith of Jesus rose up within us.  We chose to put ourselves in agreement with His word and not with the world’s diagnosis.  It was one of the most difficult challenges we had ever been faced with.

Although, we were not allowed to touch her, we spoke the living, healing Word of God over her little lifeless body.  We declared, “You shall not die, but live and declare the works of the LORD” Psalm 118:17.  And “He sent His word and healed you and delivered you from your destruction” Psalms 107:20.  By faith we took back that which the enemy was seeking to steal, kill, and destroy.

The next day the neonatologist reported that Sophia would live.  However, due to combined oxygen deprivation, both in the womb and for the first minutes of life, Sophia would very likely have some mental and physical disabilities. The Holy Spirit wielded the Word of God deep within my spirit.  “No weapon formed against you shall prosper, and every tongue that rises up against you in judgment shall be condemned” Isaiah 54:17.  I declared aloud, “I don’t receive this in the Name of Jesus.”  The Lord latershowed us that Sophia’s healing began to manifest at the moment we agreed with His word and chose not to receive the diagnosis.

This same day my sister came to visit us and brought an anointed prayer cloth.  The Lord had met my desire for a prayer cloth and we sensed His healing anointing on the cloth.  By faith we believed this cloth was a point of contact with the power of God.  I placed the cloth in the pocket of my gown and carried it to Sophia each time I visited.  When I was allowed to touch Sophia I would rub the cloth on her little body.  We continued to speak the Word and offer thanksgiving and praise for the manifestation of healing, although we had not yet seen it with our eyes.  There was no need to continue to ask for healing, because it was already provided on the cross.  God completed His part, now we would demonstrate our faith in Him through our position of thanksgiving and worship.

After three days in the Intensive Care Unit, Sophia’s lung healed, she began to eat, and her prognosis began to look very positive.  Each day brought continued improvement and another tube or wire was removed.  She began to gain weight and become more alert.  Her brain activity was completely normal.

The neonatologist and staff were amazed at her recovery.  The staff called her “Super Baby,” “Miracle Baby,” and “Ridiculous.”  She was a “Super Baby.”  It was God’s super on her natural.  She defied her initial seven week stay and was released after one week.

A few days after we arrived home, Mark and I were reflecting over this experience.  He asked me if I had any thoughts as to our first product for Motivated4LIFE.  As I looked down at Sophia sleeping peacefully in my arms, I responded with, “Yes, a prayer cloth, but it needs to have the Word of God on it.”  We then met with two couples from our church.  One couple had overcome terminal cancer and the other couple was our Pastors.  Collectively, by the Holy Spirit’s inspiration, the scriptures were chosen, the cloth penned, and the layout created.

These cloths are but one way God accomplishes His will on earth.  Before each pack of cloths is shipped, our family, children included, anoint our hands, and pray and declare His Word over each cloth.   We believe, by faith, that the yokes and burdens will be broken in the Name of Jesus in the lives of each person coming in contact with a cloth.  His anointed Word does not return void, but will accomplish and prosper, that which God pleases and purposes to do in your life. 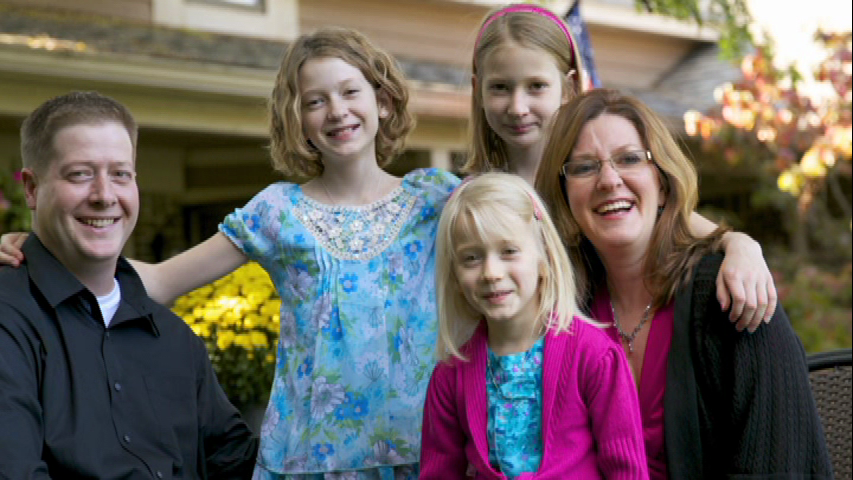 The DNA of Faith - Sophia's Testimony 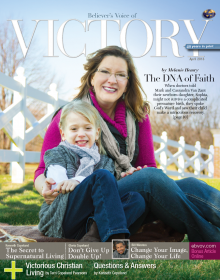 Cassy Van Zant teaches, by Word and example, how to appropriate the Living Word of God, by faith, in everyday living.  Through this motivational teaching she encourages and stirs others to take action toward living the abundant life thru Christ without hindrance.  She urges others to advance forward in steadfast victory, passionately pursuing God, and leaving the past behind.

Cassy and her husband, Mark, are the  parents of three daughters and reside in Zionsville, Indiana.

For more information or to schedule a speaking engagement please call (317) 223-7568 or email info@motivated4life.com

All prices are in USD.